I’ve never been brussels sprouts’ biggest fan, I’ve tried every Christmas to enjoy them but always end up leaving them to go cold on my plate. Boiling sprouts in a pan just isn’t conductive to great flavour, so this year I decided to try and make them a little more appealing and I’ve ended up falling in love with them! Now I would happily eat them all year round (never thought I’d be saying that!) and this recipe is a great way to use up left over gravy or stock. 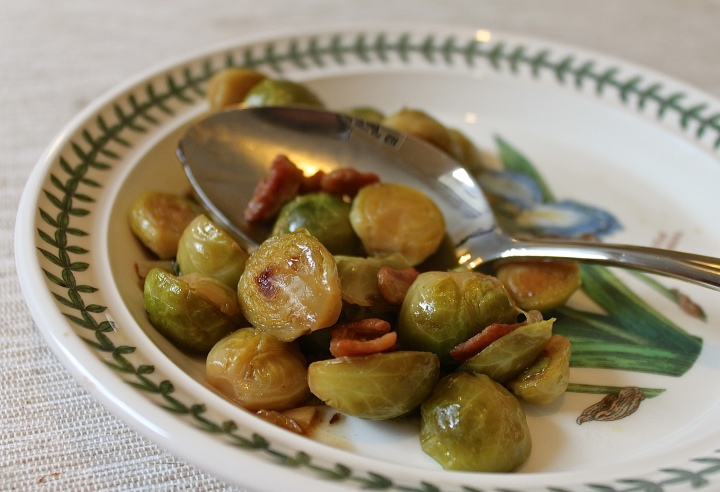 500g brussels sprouts, peeled and halved
3-4 rashers of bacon, cut up into small pieces
1 large clove of garlic, chopped
A knob of butter for frying
A pint of pre-made gravy or stock, quite weak as the flavour will intensify as it reduces

Melt the butter in a large frying pan on a medium heat. Put in the chopped up bacon and fry gently until it’s very crispy, then add the brussels sprouts and garlic. Fry softly until the sprouts start to brown slightly then pour over the gravy until it just covers the sprouts. Simmer until the  sprouts are soft and the gravy has reduced into a glaze which coats the sprouts evenly.

Serve alongside your Sunday roast or with the left overs the next day!

Welcome to a spoonful of yummy! We’re bursting full of tummy friendly recipes from one fodmapper to another! Katie x